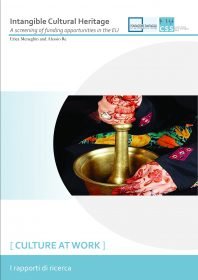 Intangible Cultural Heritage. A screening of funding opportunities in the EU 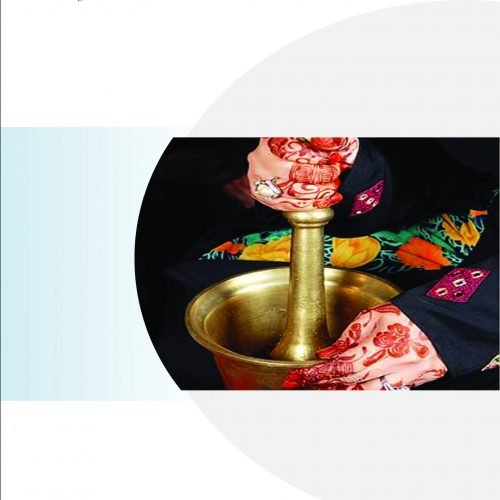 The Intangible Cultural Heritage means “the practices, representations, expressions, knowledge, skills – as well as the instruments, objects, artefacts and cultural spaces associated therewith – that communities, groups and, in some cases, individuals, recognize as part of their cultural heritage. This intangible cultural heritage, transmitted from generation to generation, is constantly recreated by communities and groups in response to their environment, their interaction with nature and their history, and provides them with a sense of identity and continuity, thus promoting respect for cultural diversity and human creativity”. (Article 2, 2003 Convention for the Safeguarding of the Intangible Cultural Heritage).

In this report, focus is dedicated to European Funding Programmes that could include ICH as topic. The aim is to analyse how the European Union, as an organization expanding in the culture field and developing its cultural policy, reacted to the protection and preservation of Intangible Cultural Heritage. European funding programmes are listed according to their respective thematic areas: 1. Security and citizenship: includes justice and home affairs, border protection, immigration and asylum policy, public health, consumer protection, culture, youth, information and dialogue with citizens. 2. Smart and inclusive growth: competitiveness for growth and jobs; economic, social and territorial cohesion. 3. Sustainable Growth: Natural Resources: includes the common agricultural policy, common fisheries policy, rural development and environmental measures. 4. Global Europe: covers all external action by the EU such as development assistance r humanitarian aid with the exception of the European Development Fund which provides aid for development cooperation with African, Caribbean and Pacific countries, as well as overseas countries and territories.

In addition, it gives some concrete examples of how European projects could involve the intangible sphere. It is evident, that EU policy in the field of Intangible Cultural Heritage has been, until now, insignificant and not specific in comparison to other areas of its activities.

The report suggest that ICH has been a positive economic, social and environmental driver. Innovative financing, public private partnerships, crowd-sourced funding, philanthropy and many other innovative and creative approaches have been taken to releasing the locked-up potential of Europe’s intangible heritage.