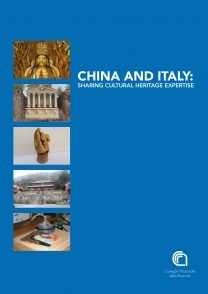 Being heritage complexes, made up of historic landmarks and buildings with architectural and cultural value, the cultural capital of historic city cores conveys a unique cultural atmosphere and sense of place (Licciardi, Amirtahmasebi 2012). Such idiosyncratic character is the result of the accumulated forms of cultural expressions that coalesce into the productive milieu, the styles of buildings and the associated social fabric. Investing in heritage preservation in historic city cores thus means to enhance a resource that is hardly substitutable across space and increasingly worth in the global competition among cities. In this context the monitoring of conservation interventions and policies of the impact of mass tourism in heritage sites have become major tools for a sustainable conservation and development.
This paper intends to approach and develop those topics on the basis of some recent efforts in defining indicators for monitoring and evaluating World Heritage Sites management, and the same “value” of the World Heritage status. This approach, partially already experimented also in the Chinese context, may be further developed on a comparative Chinese-Italian basis and be eventually considered for future possible applications in Chinese WHS.