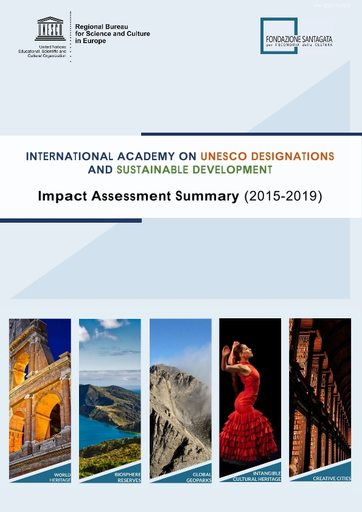 The International Academy on UNESCO Designations and Sustainable Development is a capacity building program conceived and launched in 2015 in collaboration with the UNESCO Regional Bureau for Science and Culture in Europe, as part of the latter’s interdisciplinary and intersectoral program.

The Academy aims to contribute to the achievement of the Sustainable Development Goals of the 2030 Agenda by strengthening the capacities of managing authorities and other local professionals working in UNESCO designations, with particular attention to World Heritage sites, Biosphere Reserves, Global Geoparks, items inscribed in the lists for intangible cultural heritage and creative cities.

So far, 5 annual international workshops have been organized since 2015, with the exception of 2020 due to the COVID-19 outbreak. Mainly held in Turin and the Piedmont region, with an interactive program combining lectures, group work and stakeholder meetings in local real case scenarios, these workshops saw the participation of a diverse group of participants from the European region and beyond, creating a community of professionals and increasing their skills and knowledge on how to promote sustainable development in UNESCO designated sites through the integrated management of cultural and natural resources.

In response to the disruption due to the COVID-19 pandemic in 2020, an in-depth survey was launched to assess the impact of previous years’ activities. The research findings were analyzed and presented in a technical report, which offers evidence of the Academy’s positive impact especially in terms of knowledge development, networking and international cooperation. 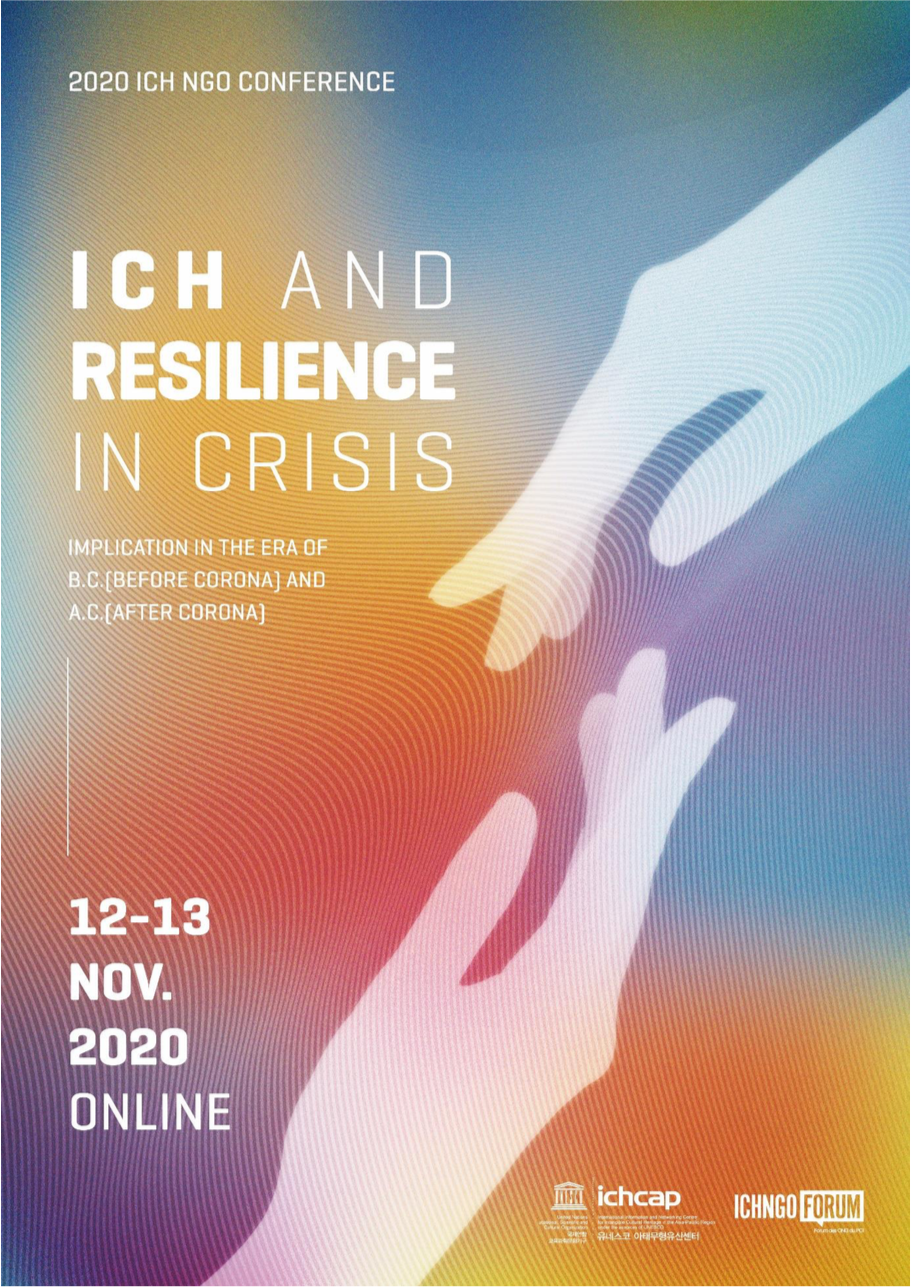 On 12 and 13 November 2020, ICHCAP and the ICH NGO Forum virtually held the 2020 ICH NGO Conference entitled “ICH and Resilience in Crisis“, with the aim of continuing the exchange and confrontation between NGOs working in the Intangible Cultural Heritage sector.

The conference wanted to focus above all on the role and challenges to which NGOs must respond, in particular in the field of education and training of the youngest, with particular attention to the consequences linked to the global pandemic from Covid-19, which has affected all the realities of the cultural sector.

Among the fifteen selected participants from all over the world, Fondazione Santagata dealt with the theme “ICH in the South-Western Alps: Empowering communities through youth education on nature and cultural practices” (from pages 110 to 118). 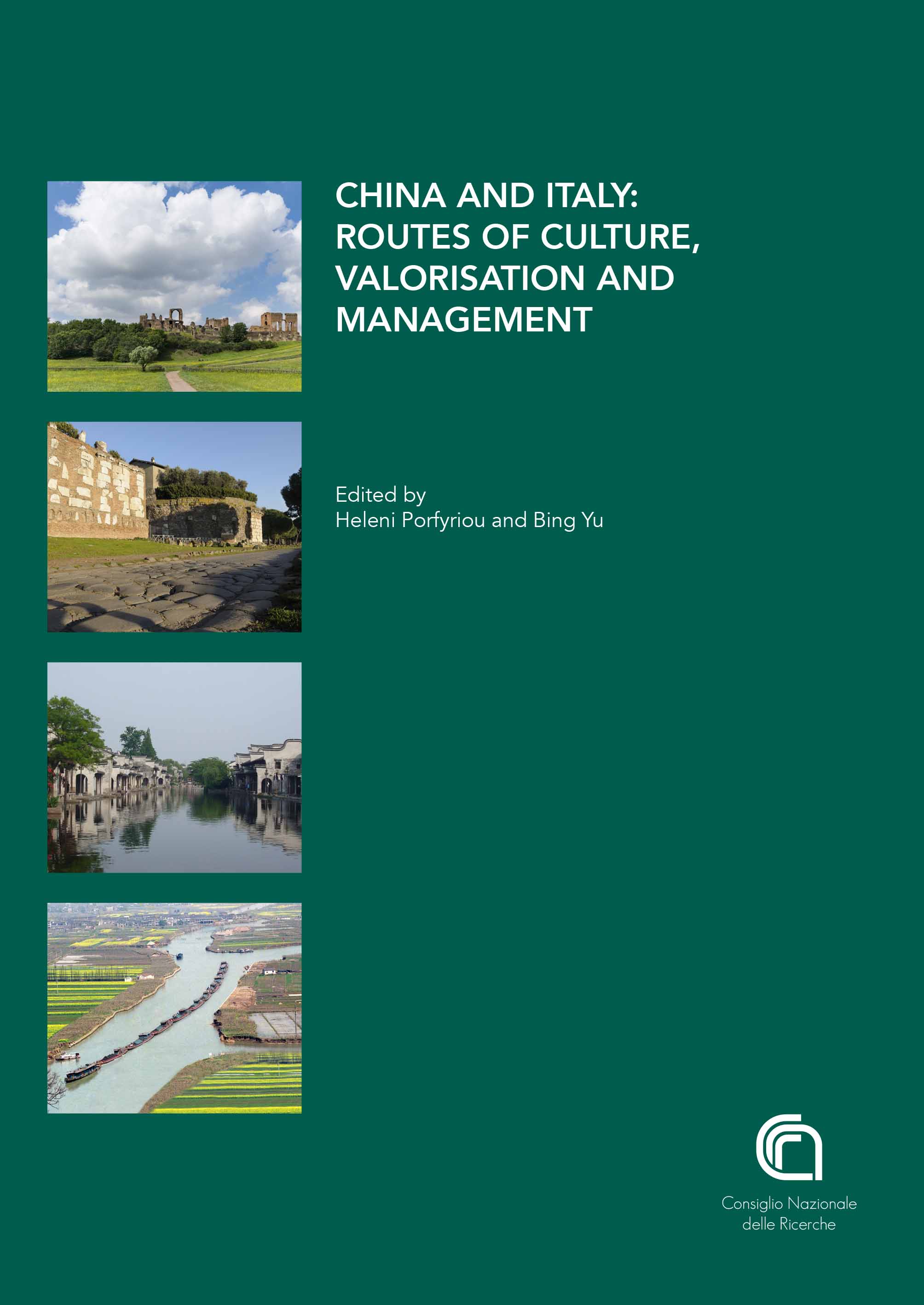 Cultural routes and heritage systems at the territorial scale: questions of management. In Porfyriou H., Yu B. (ed. by) China and Italy: routes of culture, valorisation and management

This paper explores, from a multidisciplinary viewpoint, some of the most important questions relating to the management of heritage systems on the territorial scale, such as historic cultural routes, with specific reference to the vision and approach of UNESCO. In fact UNESCO World Heritage (Batisse, Bolla 2005), which now counts more than 1000 listed sites, is facing a significant transition both in terms of its recognition procedures and of management tools, particularly with regard to the challenges posed by the 2030 Sustainable Development Agenda. Aside from the administrative aspects, which strictly depend on specific national regulations, there are other management issues of which heritage organisations should be aware and that they should be ready to question. 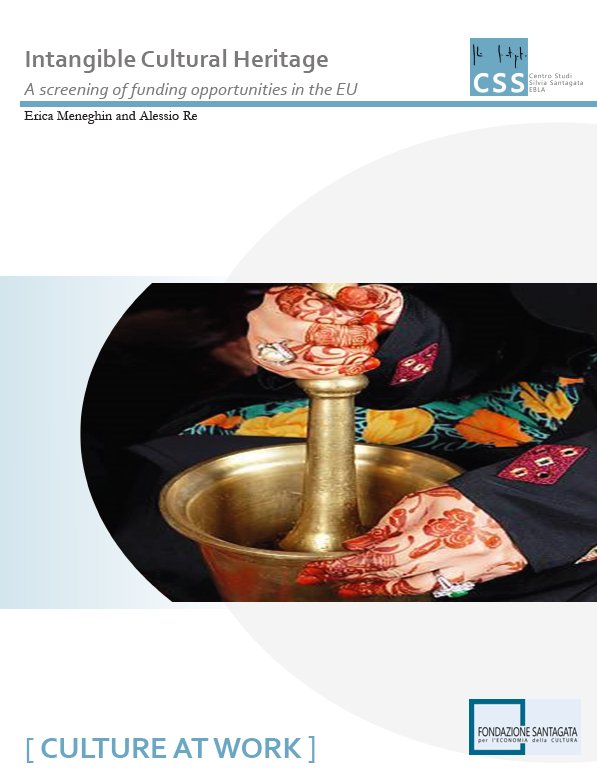 Intangible Cultural Heritage. A screening of funding opportunities in the EU

The Intangible Cultural Heritage means “the practices, representations, expressions, knowledge, skills – as well as the instruments, objects, artefacts and cultural spaces associated therewith – that communities, groups and, in some cases, individuals, recognize as part of their cultural heritage. This intangible cultural heritage, transmitted from generation to generation, is constantly recreated by communities and groups in response to their environment, their interaction with nature and their history, and provides them with a sense of identity and continuity, thus promoting respect for cultural diversity and human creativity”. (Article 2, 2003 Convention for the Safeguarding of the Intangible Cultural Heritage).

In this report, focus is dedicated to European Funding Programmes that could include ICH as topic. The aim is to analyse how the European Union, as an organization expanding in the culture field and developing its cultural policy, reacted to the protection and preservation of Intangible Cultural Heritage. European funding programmes are listed according to their respective thematic areas: 1. Security and citizenship: includes justice and home affairs, border protection, immigration and asylum policy, public health, consumer protection, culture, youth, information and dialogue with citizens. 2. Smart and inclusive growth: competitiveness for growth and jobs; economic, social and territorial cohesion. 3. Sustainable Growth: Natural Resources: includes the common agricultural policy, common fisheries policy, rural development and environmental measures. 4. Global Europe: covers all external action by the EU such as development assistance r humanitarian aid with the exception of the European Development Fund which provides aid for development cooperation with African, Caribbean and Pacific countries, as well as overseas countries and territories.

In addition, it gives some concrete examples of how European projects could involve the intangible sphere. It is evident, that EU policy in the field of Intangible Cultural Heritage has been, until now, insignificant and not specific in comparison to other areas of its activities.

The report suggest that ICH has been a positive economic, social and environmental driver. Innovative financing, public private partnerships, crowd-sourced funding, philanthropy and many other innovative and creative approaches have been taken to releasing the locked-up potential of Europe’s intangible heritage. 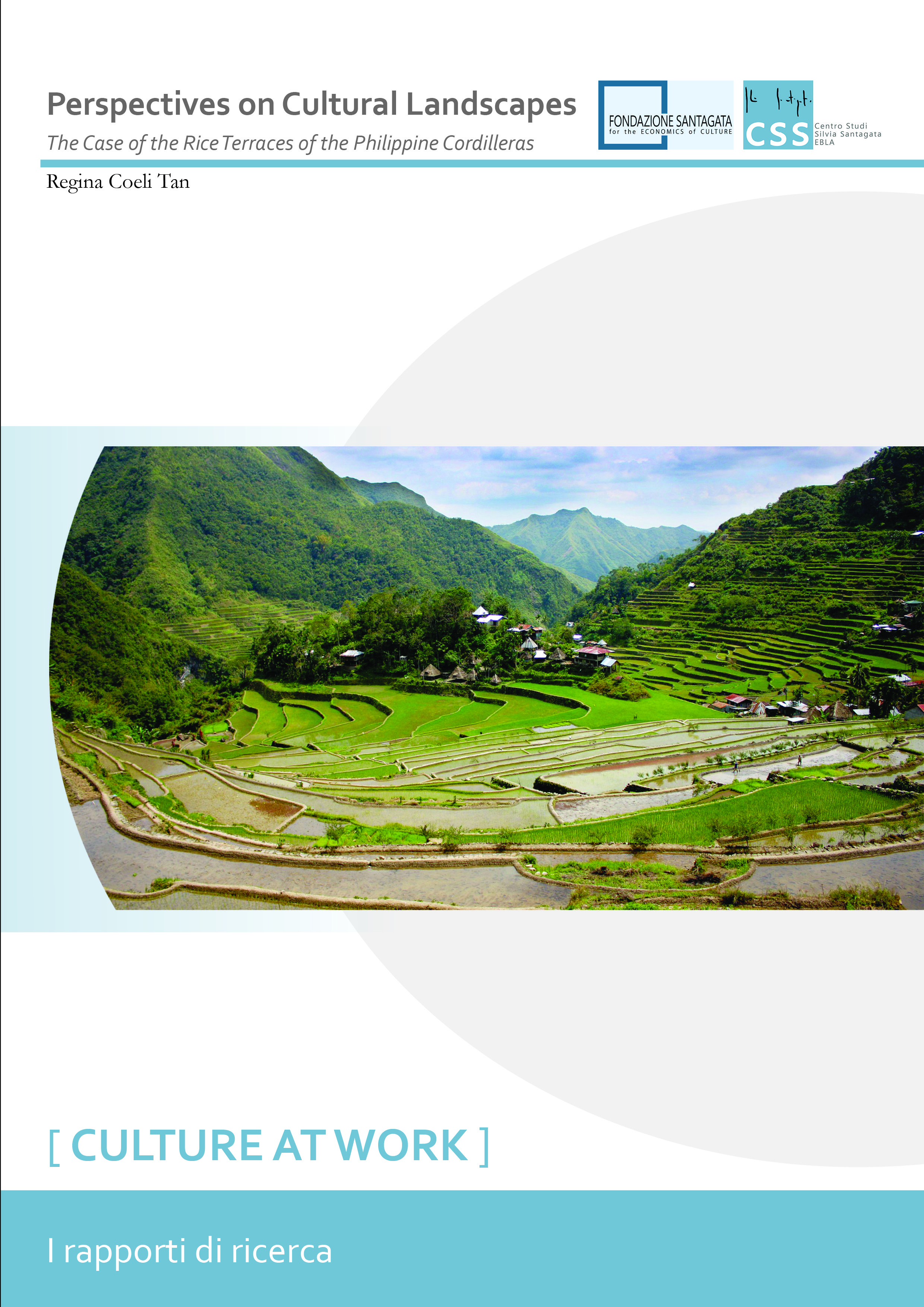 Perspectives on Cultural Landscapes. The Case of the Rice Terraces of the Philippine Cordilleras

The World Heritage Committee in its 16th session, inscribed Cultural Landscapes, characterizing those mixed type of heritages which neither had purely natural nor purely cultural properties, as an option to be included in the World Heritage Lists thus spearheading the proliferation of studies from states, specialists and academics on the different aspects surrounding the concept. Amidst the increased popularity however, some cultural landscapes remain in the brink of danger and loss of culture. Based from the cultural economics approach, this study firstly provides an overview on economic valuation methodologies revealing possible limitations not considered from within the discipline as non-use and cultural values that form part of the regenerative properties of the site. Following this, the research then draws from multi-disciplinary studies with emphasis on the growing literature on cultural commons to provide perspectives on the role of the said values to sustainability. The study then culminates on a case of the Rice Terraces of the Philippines Cordilleras to provide real-life application of findings. 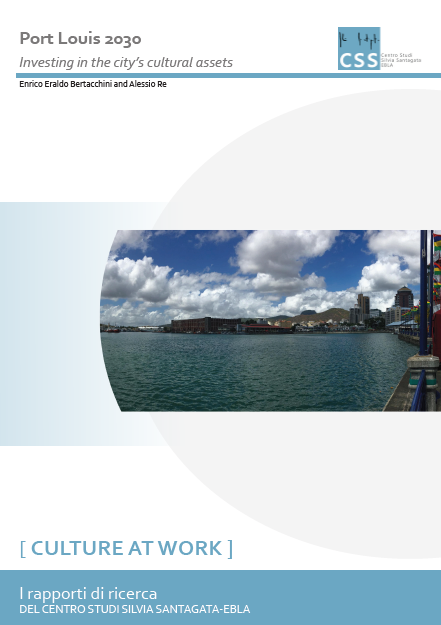 The main target area to which is directed the Local Economic Development Plan is the city center of Port Louis.
This area, which extends beyond the currently defined buffer zones of the UNESCO World Heritage property, has been selected in accordance with the application of the principles of UNESCO Historic Urban Landscape recommendation.

Applying this recommendation to the context of the city of Port Louis means to propose an integrated vision of the historic urban landscape of the city that necessarily goes beyond the Aapravasi Ghat UNESCO World Heritage Property and its Buffer
Zones as the whole area comprises surroundings that are rich of development potential and heritage significance. They include the waterfront area with the modern Caudan Waterfront, the Company Garden, the historical and vibrant Central Market, China Town, the Citadel, and possibly the highest concentration of sites and buildings with historical
and architectural value.

The objective of the LED Plan is to foster economic development in line with the concerns of the local community regarding heritage properties of the city of Port Louis, and to offer opportunities for the consolidation and the development of economic activities in the city area. The goal is also to consolidate and improve the existing framework by directing development towards the preservation, enhancement and adaptive reuse of heritage while diminishing the threat of its demolition and degradation. 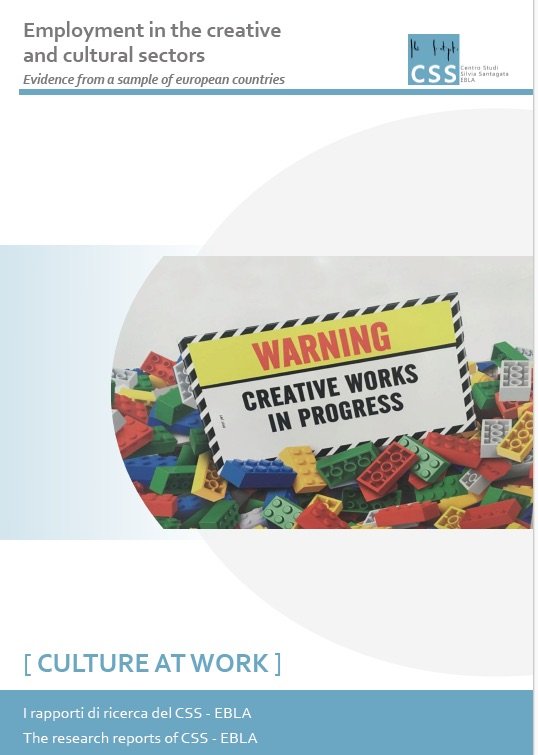 Employment in the Creative and Cultural Sectors. Evidence from a sample of European countries.

According to the UNESCO Institute for Statistics, understanding the contribution of cultural employment to the economy is vital. Without appropriate methods of measurement and reliable statistics, countries lack the tools necessary to evaluate the extent and characteristics of cultural employment in a comparable way (UNESCO, 2009). Nevertheless, the statistical analysis of employment in the creative and cultural (CC) sectors and, even more so, any attempt of its international comparison, are fairly underdeveloped. The aim of this study is to fill this knowledge gap with the available statistics. Even given a framework of limited available data, some interesting information and measures about cultural employment in the European Union (EU) can be highlighted. Bearing in mind that the statistical description also represents an essential base of discussion with key institutional actors in the eld and to derive recommendations aimed to promote employment and professional development in the cultural sector, this research can help identify the essential terms for a fruitful debate in the academic eld and in the policy makers’ agenda.

Generally, the economic and social values of the CC sectors are largely underestimated:

Due to the sectors’ speci cities, culture and creativity is often embedded in manufactured products (design in a garment or a car) or in popular new media services (digital delivery platforms making available creative ‘content’ such as music, games or lms); creative enterprises or cultural entrepreneurs are not satisfactorily captured by statistical tools due to their size, the project-based nature of their activities or their social value (a major feature of cultural activities) (KEA, 2015 pag. 5).

By looking at the International Standard Classi cation of Occupations 2008 (ISCO-08) database, we are partially able to overcome these limits and can add significant information to the literature on the CC economy.

Section 2 identifies the best definition for outlining the sectors to estimate employment in the CC occupations (CCOs). Section 3 explains the choice of the five EU countries to which the analysis is applied: France, Germany, Italy, Spain, and the United Kingdom. Sections 4 to 12 presents and discusses the results. In Section 13 some conclusions are sketched. 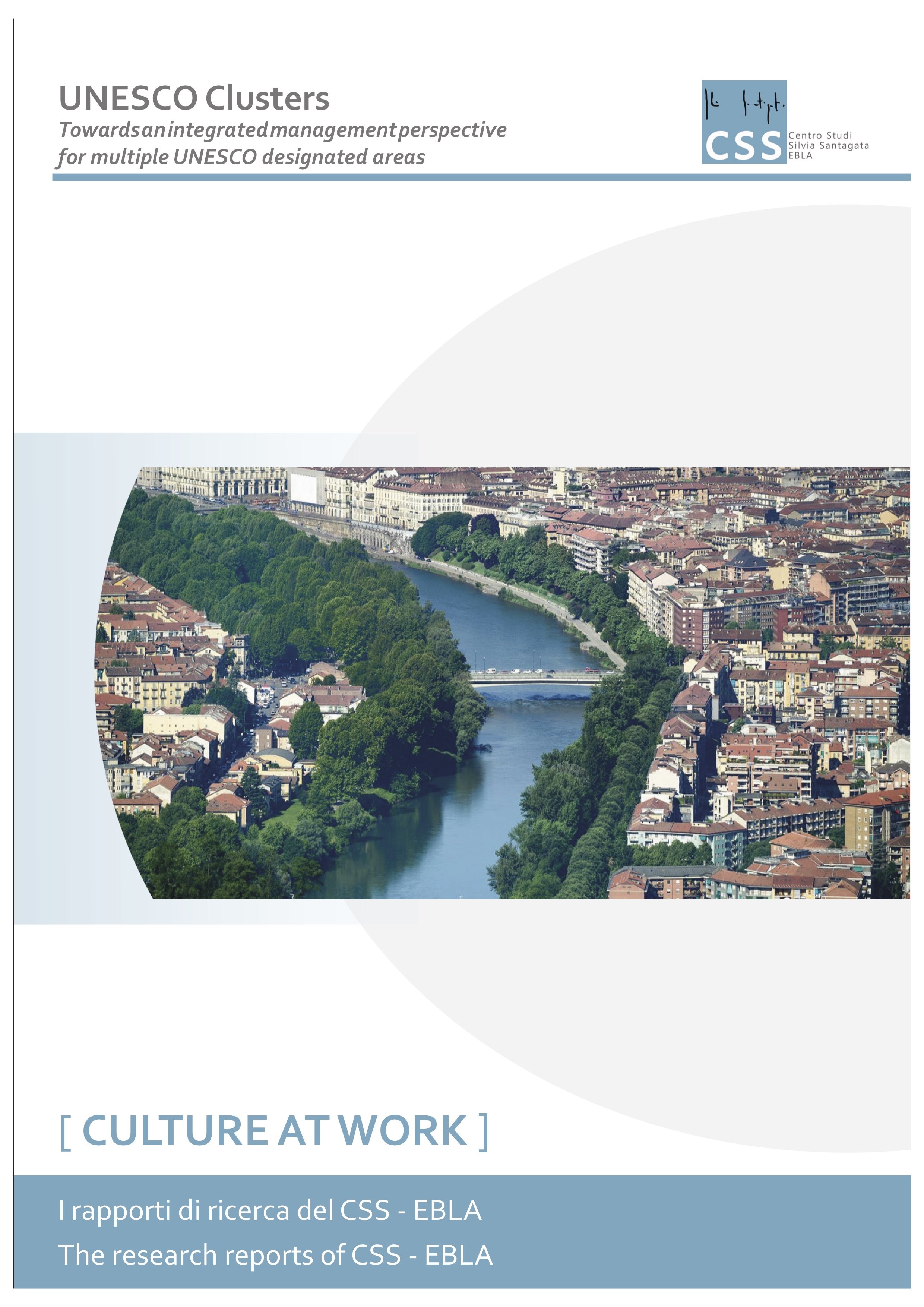 “UNESCO Cluster” has been presented at the second edition of the “International Academy on Sustainable Development – Capacity building workshop on managing Multiple Designated Areas related to UNESCO Conventions and Programmes for Sustainable Development” (Torino, 1-6 December 2016), and it includes some of the insights presented and inputs emerged during recent working sessions on UNESCO designations management models, including the workshop “Unveling the unexplored potential of Biosphere Reserves in the Mediterranean” (Chania, Crete, October 2016).

Its scope is to explore innovative and efficient models for an integrated management of territories having multiple designations according to different UNESCO Conventions and Programs, and to stimulate the debate among interested stakeholders, starting from site managers, to boost new strategies and find new possible resources for supporting UNESCO designated areas towards the sustainable development goals, as they are defined by the UN 2030 Agenda for Sustainable Development “Transforming our world”. Being a critical issue in many countries and territories, special attention is paid to the economic dimension of sustainability.

The proposed contents area based on the research programs of Centro Studi Silvia Santagata- EBLA. Key references are assumed in the current scientific literature on cultural economics and in the main UNESCO documents related to sustainable development.

The first chapter can be downloaded, ask for full publication. 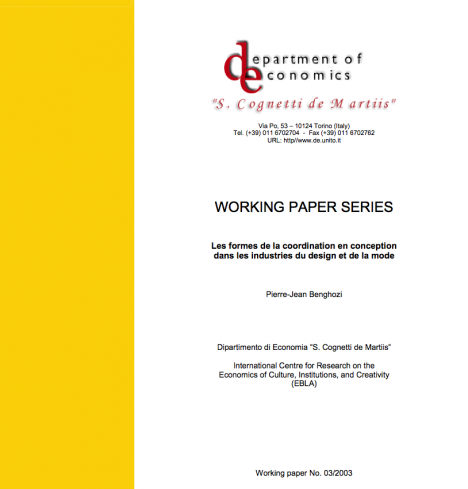 How to coordinate the industries of design and fashion

When you speak about creative industries you often think of artistic and cultural ones. Nowadays they represent, infact, a new approach to economics. All the creative industries even the more traditional ones are using cultural and artistic resources to produce, to promote and to design their products. Fashion, for instance, is a relevant case. It creates, innovates and renews its products, like the haute couture collections, style (prêt à porter and street style) woven (fiber, textile, technical productions), forms, production (stitch, weavings, special treatments) and accessories.
Scarica »