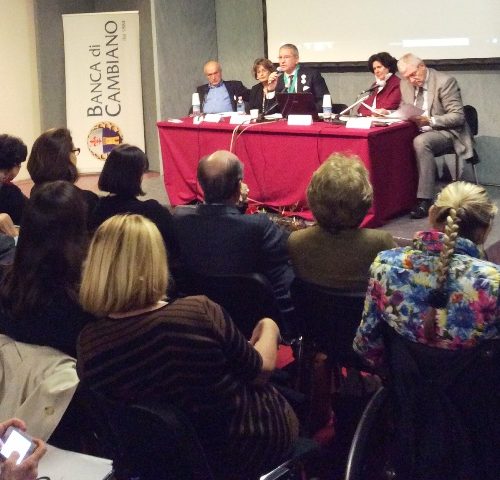 In which direction Business of Culture is moving? CSS attended Restoration and Art Exhibition in Florence.

On November 13th, 2014 in Florence, during the fourth Restoration and Art Exhibition, takes place the meeting “In which direction Business of Culture is moving”? Public and private funding for Cultural Heritage, promoted in co-operation with:
– Cultural Heritage and Tourism Ministry
– ICOMOS Italy
– The donation from Banca di Credtito Cooperativo di Cambiano.

Economic crisis is strangling culture: government is cutting off funds, private organizations skimp on money, italians seem no more interested in culture and in politics, culture did not start yet.
In the last ten years public funds in favour of Cultural Heritage Ministry decreased of 27,4% and another drop of 3% is expected for the next three years; those funds that urban districts earmark for cultural activities between 2011 and 2012 have been cut off of 9,4%, those ones eamarked by provinces have been cut off of 25% instead. Also between 2008 and 2013 funds coming from private citizens are dropped of 41%, financial institutions
tightened one’s purse strings(-9% between 2011 and 2012).
The purpose of this meeting, where also Giovanna Segre of CSS-Ebla is present, is to give good answers to come out of this issue focusing on:
– territory
– putting money in cultural heritage
– helping progress
– guarantee the quality of life about:
1. law of patronage
2. tax breaks both for companies and private citizens, sponsorships and laws
3. onlus
4. companies’ history homes that work in cultural heritage and in tourism field.

More informations about this meeting are available on this website.