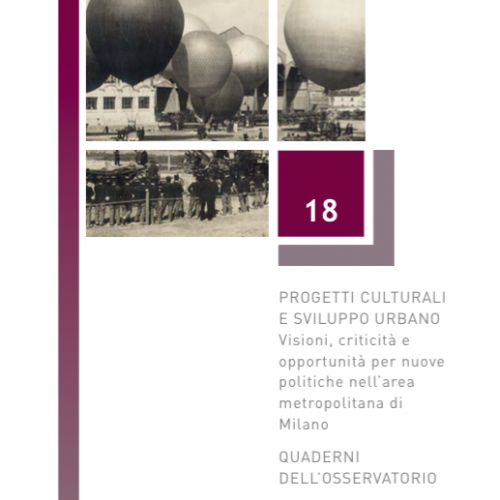 Cultural projects and urban development. CSS-Ebla research published in the agenda of the Cariplo Foundation.

CSS-Ebla organizes the research “Cultural Projects and Urban Development. Reviewing of old plans and creation of new opportuinities for the Milan metropolitan area” ordered by the Observatory of the Cariplo Foundation.
Milan Metropolitan Area’s cultural life and creative atmosphere have a very prosperous tradition and it fits perfectly with the local business. In the last years, instead, there have been very few interesting cultural projects. This reviewing focuses on the lack of the latest fifteen years. The reviewing’s results edited by:
– Davide Ponzini
– Federico Colleoni
– Martha Friel
– Alessio Re
– Walter Santagata
and they are published it in the number 18th of the “Quaderni dell’Osservatorio” book series, year 2014 that it can be downloaded here  and they can also be read in the article “Nuova Cultura nelle Città Metropolitana? Criticità. Opportunità e strategia a Milano” published on “Il giornale delle Fondazioni”