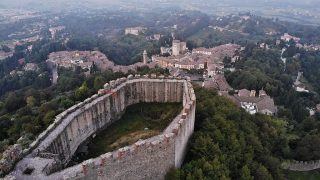 The Municipality of Asolo, which has long been committed to safeguarding the city’s cultural heritage and promoting the attractiveness of the area, has commissioned Fondazione Santagata to carry out a feasibility study in relation to the nomination project for the UNESCO World Heritage List of the “Historic Center” of the City of Asolo.

The study illustrates the specificities of the UNESCO World Heritage Site, presenting the requirements, criteria, times and resources provided. It examines a series of cases of candidatures, comparable to the Asolan context, identifying those own and contextual factors that contributed to the positive or negative outcome of the admission process to the World Heritage List.

The survey then focuses on the evaluation of the cultural capital of the city of Asolo, analyzing the elements of value identified starting from the documentation made available by the local administration and the city’s cultural institutions (Museum and Civic Archives in primis), by the Ministry of Culture , from the Veneto Region, and observed by the research group through on-site inspections and interviews.

The feasibility of the nomination project for the UNESCO World Heritage List is carried out by assessing the exceptional universal value of the cultural capital and the elements of value identified.

Given the degree of complexity of the UNESCO application processes, the study refers not only to the World Heritage List, but also to the other main UNESCO cultural designations: the List of Intangible Heritage and the Network of Creative Cities, a choice which allows a complete analysis of existing opportunities to the future path to take.