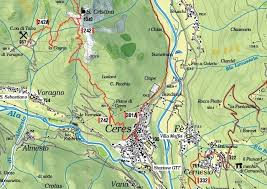 Two recently researches on the territory are showed:
– “Lanzo Valleys: scenario of development” edited by Paolo Zeppetella, consultant of Ires Piemonte
– “Survey on the Lanzo Valleys” headed by Research Centre Silvia Santagata-Ebla and Dislivelli Association and edited by Alessio Re, the Interuniversity Department of Regional And Urban Studies And Planning (DIST), the Polytechnic University of Turin and University of Turin.
Speeches “from the territory” run by:
– Bruno Guglielmotto-Ravet, President of the Historical Society of the Lanzo Valleys
– Gianni Castagneri, Barmes News
– Beppe Leyduan, Blog I camosci bianchi.
The meeting is closed by a political consideration by Marco Bussone, Vice-President of Uncem Piemonte.

You can download the program on Dislivelli.eu website.
Also a piece of the research headed by CSS-Ebla has been published by Dislivelli.eu magazine and it can be downloaded here.