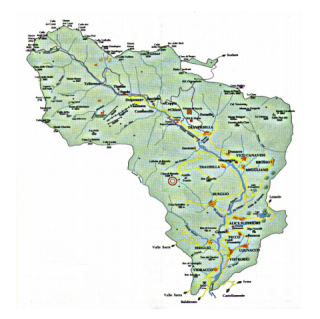 On Friday November 4th, 2016 at the Adriano Olivetti conference hall in Alice Superiore, it is presented the report on Valchiusella realized thanks to a collaboration between the Association Dislivelli and the Study Centre Silvia Santagata-Ebla. This report has been drafted, later respect to the one on the Valleys of Lanzo in 2015, in the field of the project called “Turin Alpine Valleys” (VAT) with the goal to give an economic point of view of the alpine territories systems analizing the production of the main economic sectors existing in these areas, in order to help local institutions to have the knowledge to find ways for development. Tourism, Material Culture, Cultural Heritage and Communicaition and Events are those sectors examined for the twelve municipalities of the valley.

The whole report is downloadable here