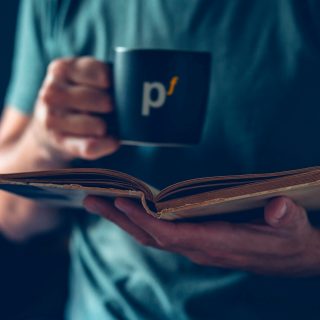 As part of the technical partnership for TPF – The Publishing Fair, Fondazione Santagata, in coordination with the University of Turin, realizes a research project aimed at studying the impact of the fair and the book system in the city of Turin.

TPF – The Publishing Fair is the firs national fair entirely dedicated to book publishing professionals, designed together with tose who work and produce inside the system.

TPF – The Publishing Fair, whose first edition has been organized in Turin, from 22 to 24 November 2019, is an event that focuses – with a strong emphasis on innovation and excellence – not so much on the product but on the process, therefore the people, skills and technologies protagonists of the work on editorial contents, even when they do not take the form known as “book”.

An event that integrates training, labor market, sector networks and B2B, and addresses the entrepreneurial and professional profiles of the publishing industry, with specific attention to the so-called non-fiction sectors, which constitute an absolutely important part of this industry.

During the fair, owners and employees of publishing houses have a structured opportunity to meet colleagues and suppliers, update themselves, read up on trends and strategies useful for the further development of their business, also thanks to the international projection, for the presence of speakers and foreign companies. The attention to training is completely original and innovative, with an articulated high-level proposal, designed to meet the needs of the growing specialization required by freelancers and service agencies.

The companies supplying services to the supply chain also have an opportunity for targeted promotion, in a context entirely dedicated to business.

In a country where the phenomenon of the closing of bookstores, which is accompanied by the more general problem of closing many shops, is an urgent topic that deserves further study to encourage clear answers, and is more urgent in a country where readers continue to decrease, it is necessary to measure the impacts that this sector is still able to generate for the territory, through events and fairs that know how to keep up with the times and with the evolution of the sector itself.

The research has been commissioned by TPF – The Publishing Fair.

The aim of the research is to define the economic and social impact that the fairs had on the city of Turin during its opening days, and above all to outline the impact of the general book system on the entire city and its territory.
The survey has been conducted through the administration of a questionnaire to all the participants in the fair, distinguishing between the public and the invited speakers at workshops and conferences, part of the dense activities’ program.
The questionnaires investigated:
– la perception of the book-system in Turin (from the outside or from the inside depending on the intercepted users);
– la more general perception of Turin: the image associated to the city and its evolution over the time;
– how the city is experienced during the fair days;
– the economic impact generated by the fair in terms of expenditure by users and / or speakers in the Turin area.
The analysis of the economic impact has the main objective of measuring the total economic effects generated by the fair and the book sector in the Turin area, as well as assessing the importance of the attractiveness of TPF- The Publishing Fair.

The survey results will be available by the end of February 2020.

The complete program of the TPF’s first edition.