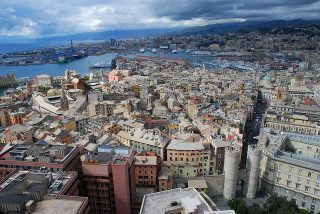 The  Silvia Santagata Research Centre takes part in the national project for the drafting of the first “White Paper” on the historical cities of Italy, promoted by the National Association of the Historical/Artistics Centre (ANCSA). Founded in 1960, ANCSA has the goal to promote cultural and operative initiatives to support public administrations for the saveguard and the requalification of the historical centres of Italian cities.

The economical crisis and its dinamics drafted for historical centres of our cities different conducts, not only the ones ragarding the promotion. For example: functional tourism for cities of art, depopulation of the central areas and marginalization with a specific ammount of foreign people in few medium cities, abandon and unusable of huge areas of heritage, less “urbanization”, are just few negative dinamics where we should operate in. Even because future have a challenge set-aside for us, at international and national level, based on cities, a challenge that will have as result winning cities, losing ones, cities that promote develop and cities that move back.

The task of the work, supported by Compagnia di San Paolo, is to realize a survey on the cultural production arose in the last years in the historical centres of Turin and Genoa and in other significant case studies in Piedmont and Liguria. More cities like Bari, Bergamo, Bologna, Florence, Milan, Palermo, Perugia, Rome and Venice are also part of the study, addressed to promote policies and actions for a new centrality of the historical cities in the regional and national polices.

The White Paper is drafted also by regional units of the National Association of the Historical/Artistics Centre (ANCSA), by the Research Centre for the Economical and Social market of the construction industry (CRESME), by members of Universities and by members of those local administrations connected to this project.