Dialogues: “Economics and culture: the role of UNESCO”

What’s the role of culture, and in particular of UNESCO’s designations, in the promotion of diversity to enable social and economic development processes?

During the “Economics and culture: the role of UNESCO” panel held on June 2, 2022 at the Auditorium del Grattacielo San Paolo within the International Economics Festival in Turin we tried to find an answer to this question with the help of three exceptional guests. Here follows an partly re-adapted excerpt of the topics that have been tackled. 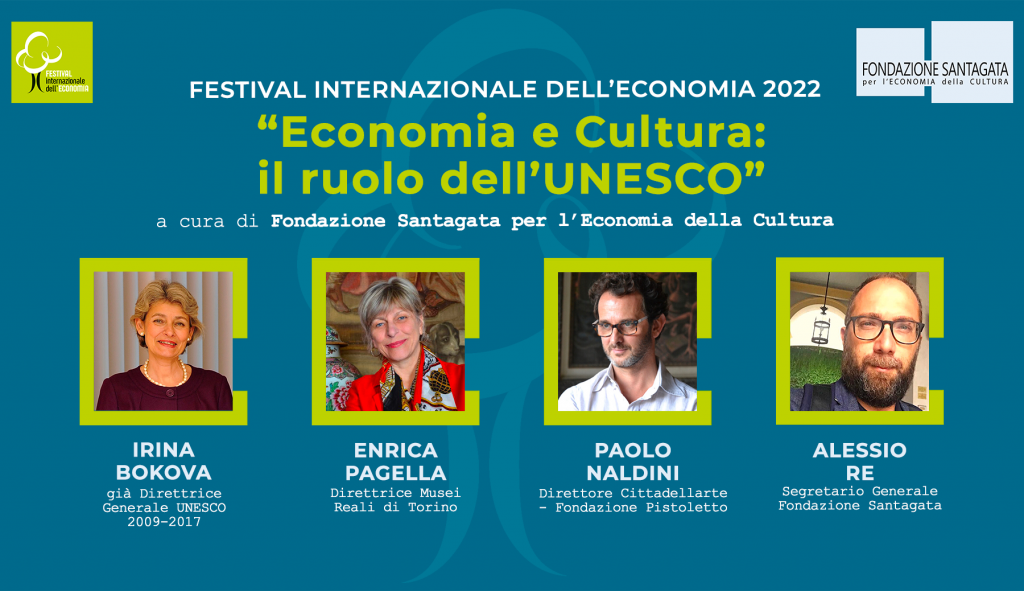 Peace, education, economic sustainability, accessibility to culture and promotion of cultural diversity are some of the topics which emerged from the conversation with Irina Bokova (UNESCO General Director from 2009 to 2017), who has been able to recognize and promote the importance of the UN’s 2030 Agenda during her mandate; Enrica Pagella (Director of the Royal Museums in Turin), who concretely transforms these topics into action through the direction of the museums; Paolo Naldini (Director of Cittadellarte – Pistoletto Foundation), who has always been involved in promoting the relationship between art, democracy and sustainability through his organization. The conversation was moderated by Alessio Re (Secretary General of Fondazione Santagata).

Diversity is one of the key topics of this edition of the International Economics Festival, so let’s start with this question: how can we enhance DIVERSITY through CULTURE?

Firstly I would like to mention the work Love Difference that Michelangelo Pistoletto created at Cittadellarte in the early 2000s and which became the symbolic object and operational tool of what we called the Intermediterranean Movement for Cultural Policies. It was a dream and a utopia that came true. At that time we had the good fortune to cultivate diversity together with a dear friend, prof. Walter Santagata: together we understood the need to promote a view of differences that was not only based on tolerance, but – on the contrary – wanted to love differences.

The UNESCO’s Declaration of Cultural Diversity adopted in 2001 mentions the fact that cultural diversity is for humanities what biodiversity is for nature. I think this is fundamental.

The World Heritage List of sites is an open book for the diversity of humanity. This year marks the 50th anniversary of the World Heritage Convention, which was one of the most transformative and even revolutionary ideas to appear in the 20th century, and it’s once again a chance to look at both the opportunities and the risks we face: on one hand, the lack of investments, unsustainable urbanisation, not to mention climate change; on the other hand, the Sustainable Development Goals. It is no coincidence that in SDG 11 ”Sustainable Cities and Communities” culture is mentioned in terms of the protection of cultural and natural heritage.

Now, when we talk about world heritage, we also consider intangible heritage. When we think about diversity, we have to talk not only about tolerance but also about cultural literacy and knowledge.

The protection of cultural heritage can promote diversity, knowledge of risks, knowledge of others and love. I think it is important for the world of today, with all its fragility, in terms of peace and conflict resolution, economic crisis and post-Covid development.

Cultural diversity is certainly part of the DNA of the great Western museums. The Royal Museums of Turin, as many other museums, were too born in the XVI century from an idea of “Wunderkammer”: an idea of a theatre of all the sciences and of the representation of the world from which developed relationships all around the four continents, through a series of artefacts, decorations and stories of the craftsmen who made them and the collectors who loved them and then transferred them to the museum.

Cultural diversity is an essential pillar of the museum’s identity.

The issue is to turn this diversity into actions that may have an impact on communities.

For example, one of the challenges of the Royal Museums (which by the way is a UNESCO site) is to transform the Royal Gardens into a great accessibility place, a hub where we want to welcome people with new stories, planned in a participatory way with the community, recovering diversity through objects and thematic tours. 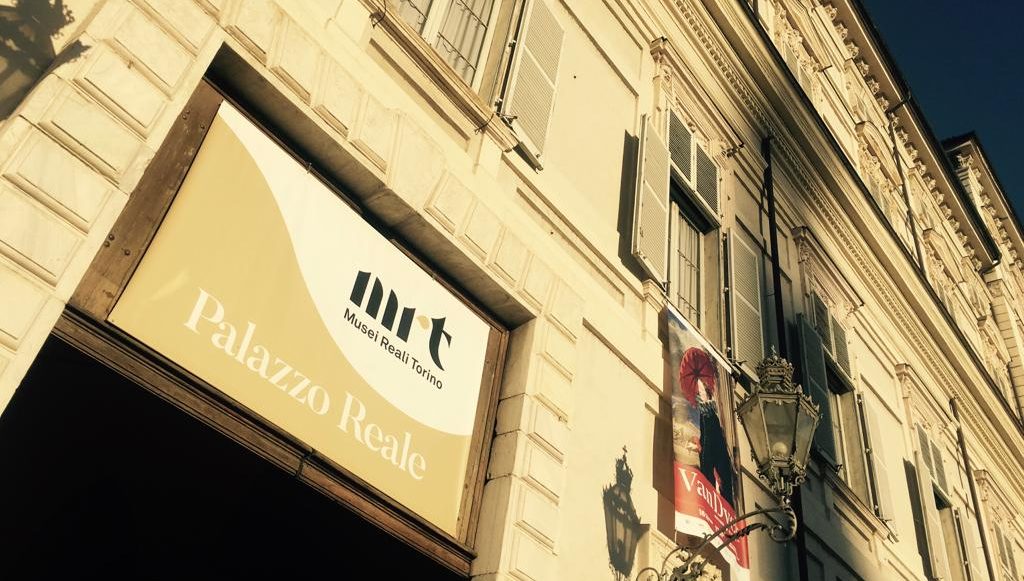 I’d like to reflect upon this topic also from the point of view of (ECONOMIC) SUSTAINABILITY.

I’m thinking about the emerging business models in the cultural field which are looking for new ways and tools to relate to communities generating a cultural and economic impact.

I think that the economic sustainability of cultural enterprises should be in the middle of the action, also for those who work in these institutions. Museums have, apart from ticketing, a thousand possible ways to collect resources (gift shop, rental, fundraising…).

Each of the actions that a museum can implement to increase its sustainability is always an action that gives rise to new relationships. In fact, it shouldn’t be seen only in terms of additional funds that the museum gets, but also in terms of consensus and new relationships that are created through this new channel.

The search for additional funding is never just a matter of money: it’s a matter of interacting with others, outside the universe of the museum.

Moreover, the Royal Museums have developed their second Strategic Plan, to which the Business Plan and the monitoring tools are connected: it has been a great work together with Fondazione Santagata which raised our awareness.

However, within the museums we are still far from having all the staff taking part in the budget issues. I think that an important action would be to promote this awareness towards everybody: there must be a shared responsibility, because sustainability also means social responsibility, especially for a public museum that is sustained through the citizens’ resources.

On this matter,  I am very happy that in 2015 UNESCO adopted the Recommendation on the role of museums and their crucial role in contributing to communities, education and diversity! 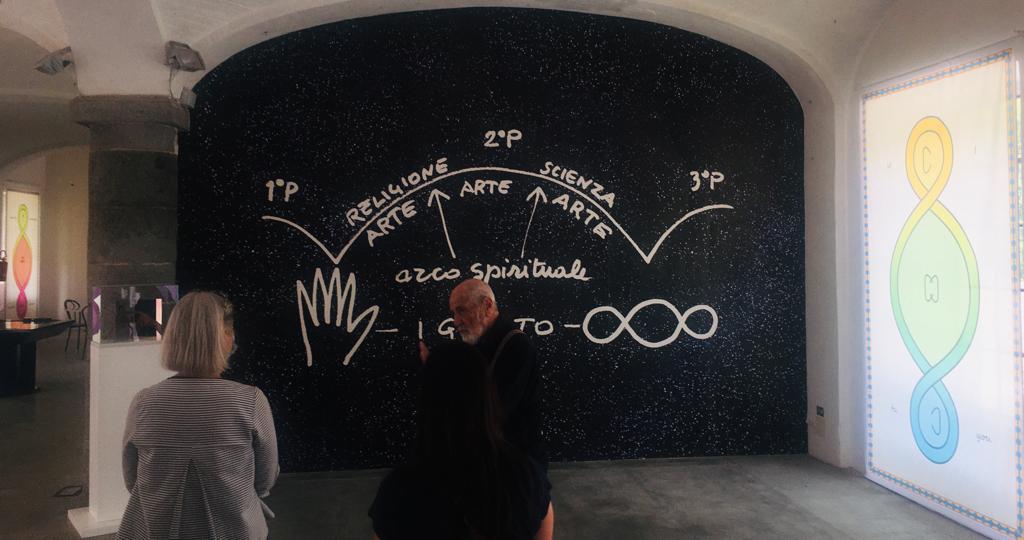 You all underlined the relationship between cultural diversity, human development and economy. Today we live in a time that forces us to face another issue: PEACEKEEPING.

The sense of UNESCO itself isn’t just to promote territories and communities but also to cultivate and promote peace.
In his “Third Paradise”, Pistoletto suggested a goal, but today how can we reach it through our abilities?

History has shown this many times. In the art residency programme called UNIDEE in Biella, we have students from Palestine and Israel working and creating together. Through co-creation we learn and share with each other. I believe that the only way to achieve peace is through culture.

And this becomes an economic issue, the moment when we would spend much less to avoid war than to make it!
I think it is the formula for Paradise, which is here on Earth.

None of us is accustomed to face these issues, but I think that everyone should feel the responsibility, whatever field we work in. Especially cultural professionals and those who have the possibility to use diplomacy, also through UNESCO. In fact, UNESCO in recent years has promoted different reconstruction and social reactivation campaigns, for example in Mosul (Iraq).

Although there still are some areas where these initiatives couldn’t be carried on, such as in Syria. The Santagata Foundation for example created a programme targeting syrian university students, Heritage Beyond Walls, with the aim of creating accessible channels for knowledge and sharing to promote cultural heritage as a resource for development and peacekeeping.

How can we catch up and work so that there aren’t any more areas of the world left behind, or even forgotten?

I share what Paolo Naldini said about the role of culture in peace. UNESCO’s idea is to build and guarantee peace, not only by military means but also through culture, science and education.

It reminds me of a personal experience years ago when extremists occupied Iraq, Mosul and most of it, and Syria. They started destroying heritage and emblematic pieces of World Heritage sites. I remember we asked the Iraqi Prime Minister: “How can UNESCO help?”. I received a very interesting answer, which goes along with what UNESCO is doing and could do: help bring history, humanities, art and creativity back into schools.

I started thinking that we need to engage young people in diversity, which is again UNESCO’s contribution, and educate them about human rights and cultural literacy on the one hand, and on the other hand work to mobilise the local community and show that culture and heritage contribute to this.

In 2016, Italy and UNESCO signed the UNITE4HERITAGE agreement to work together to promote heritage protection as a bridge between different communities and development with different countries.

And in 2017, for the first time, the Security Council recognised, in a resolution adopted unanimously, that peace, heritage protection, sustainable development of communities and countries and security issues are closely linked.

Indeed, we cannot say that heritage is something separate from our development and peace!

Irina Bokova is in fact one of the people within UNESCO that got most involved in creating a bridge between cultural and human right, and considering the access to culture as a true human right.

Speaking of the right to ACCESS to culture, during the Covid emergency there has been a problem of equity and distribution in the possibility of using new technologies: how can a museum effectively facilitate access to knowledge? And how can it increase the chances to get access to more rights, including cultural rights?

The educational role of the museum is established by now. When we talk about accessibility we are more and more aware that it’s something different, complex and more interesting than ‘opening’ our rooms.
We are developing storytelling, as in all museums, on site and also through digital catalogues of our collections.

Recently, following an important cataloguing campaign, we added to our online catalogue 3.000 files on our archaelogical heritage that unites the Mediterranean cultures, so it seemed to us a necessary tool also for people who aren’t nearby.

We know that knowledge and educational activities are measured on the needs of people and not simply derived from the needs of a discipline.

However, education at a museum can take place in different ways: it’s not just gathering pieces of knowledge but also be amazed and live a unique life experience.

In this light, the challenge is to make new alliances and add new skills within the museum. Archaeologists, art historians or traditional historians are no longer enough: we need anthropologists, sociologists, psychologists, economists, because the potential stories are endless and each of us is diverse. In order to face all these diversities there must be a joint teamwork with different skills to explore new topics and narrations different from the past.

Looking at the Sustainable Development Goals, it’s surprising that culture isn’t the core of them. Although, as I always tell my colleagues and as we have now understood, culture is actually the hummus at the heart of those goals that look to the wellbeing and happiness of humanity. The fact that it’s not explicitly mentioned in the 17 goals should give us the idea of how important this lifeblood is for all of them, from rights to gender equality, from the environment to food, water and schools for all. We can find culture within all this. Therefore we have an enormous responsibility. 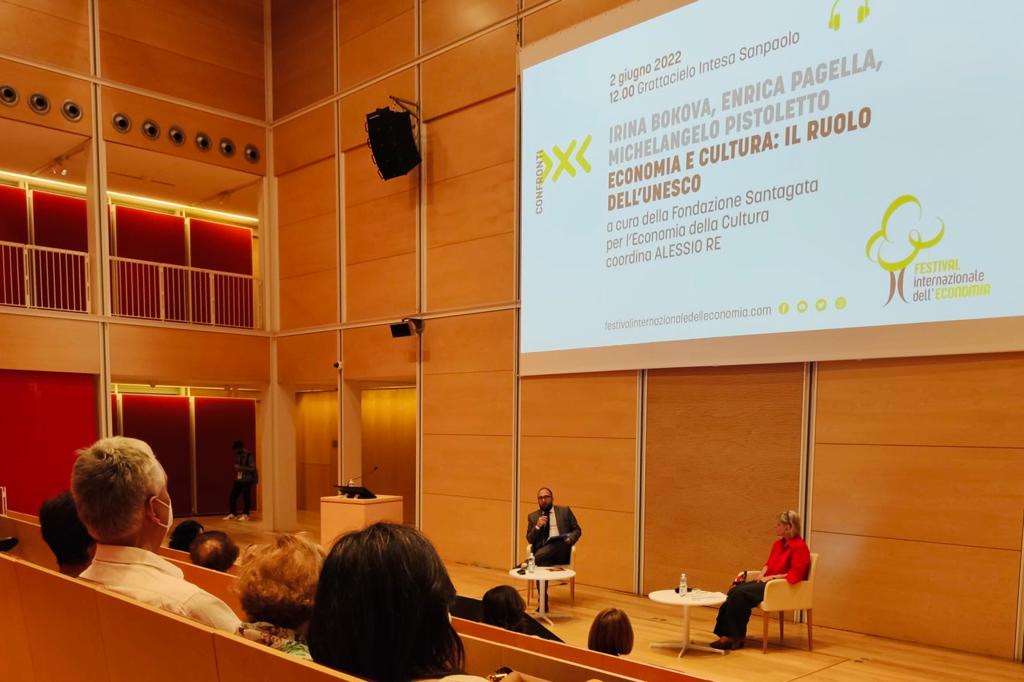 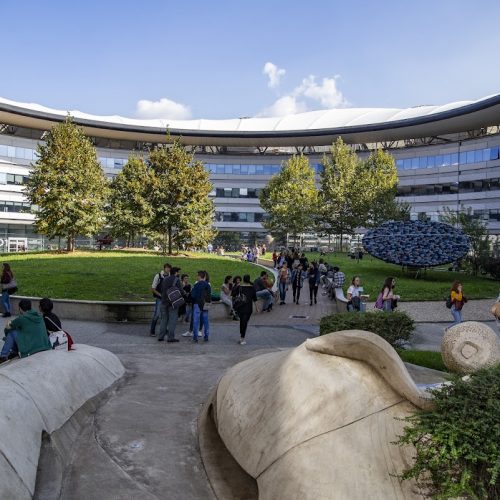