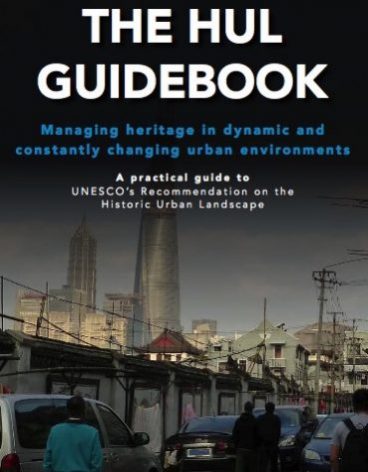 It is published “The HUL Guidebook. Managing heritage in dynamic and constantly changing urban environments” where CSS-EBLA contributed analizying applied case studies for the UNESCO Reccommendation on Historic Urban Landscape adopted by UNESCO in 2011.
This paper is promoted by the World Heritage Institute on Training and Research in Asia and Pacific of Shanghai and it has been showed at the 15th World Historical Cities Association Conference in Bad Ischl (Austria). It represents the first international collection of UNESCO Reccommendation applications and it is the result of actions based on the sustainability of the urban development connected to its own cultural heritage and it is conducted by several international UNESCO offices, cities, universities and institutions for research (CSS-EBLA is among them). In this guidebook there are several pilot experiences conducted in cities around the world with the goal to give elements to administrators and operators of all the historical cities for a right approach for the management of the urban space congruent with the international community and UNESCO values.
Scarica »