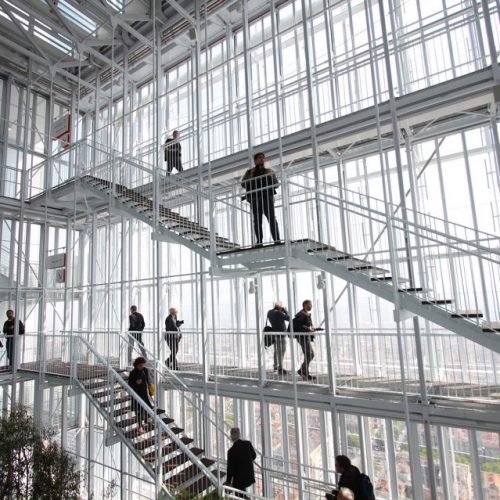 Fondazione Santagata is developing, on behalf of the City of Turin, Compagnia di San Paolo Foundation and the Turin Chamber of Commerce and in collaboration with Circolo del Design, a research on the city design system and on the positioning of Turin Creative City of Design.

The survey aims to collect data and reflections on the design system in the city of Turin and in the surrounding area, in order to renew the territorial strategies of the sector and to propose a new positioning of Turin on the international map of design cities.

The strategic direction will aim to investigate, support and promote the local design landscape, in the belief that design, in addition to being an important territorial identity key – recognized by the international titles received by the city, World Design Capital and Unesco Creative City of Design – both a fundamental tool for producing innovation, a method for generating sustainable economic development and a lever for activating participatory processes

The research is developed by Fondazione Santagata, in collaboration with Circolo del Design.

Fondazione Santagata and Circolo del Design have started a listening process of the territory, during which the various players in the supply chain will be consulted through in-depth questionnaires, for a total of about three hundred actors: designers, companies, institutions which deal with the theme of the project, universities and training institutes, design students, cultural designers and actors that are configured as offerers of various kinds that impact the supply chain.

Twelve experts from Italian and international will also be interviewed alongside them, who will enrich the research with their visions, the result of specific skills and a look from outside but which knows the city well.

The investigation will be completed by an in-depth study on the evolution of the design sector at national, regional and city level and a comparative analysis of the development strategies adopted by other cities awarded of the UNESCO Creative City recognition for Design.